Many of you will know that Hamish Currie is a director of Back to Africa where he pursues his wildlife interest. This article that follows comes from his Back to Africa experience.

With only 18 roan antelope (Hippotragus equinus equinus) (formerly H/ e. langheldi)) left in Kenya, Back to Africa has been asked by Kenya Wildlife Services (KWS) to assist with the restoration of roan antelope populations in Kenya

Originally, roan occupied fairly large areas of southern Kenya, occurring from Lake Natron to Lake Victoria and north to Mt Elgon and the Cherangani Hills. They also occurred in the Thika and  Kitui area east of the Chyulu Hills. The last known refuge of the species in Kenya is the Lambwe Valley, in Ruma National Park which is situated 22km from Homa Bay close to Lake Victoria. The population is following a downward trend. The reasons for decline are unclear but could be a combination of numerous factors such as habitat fragmentation, habitat change, diseases, pressure from other species and predation. 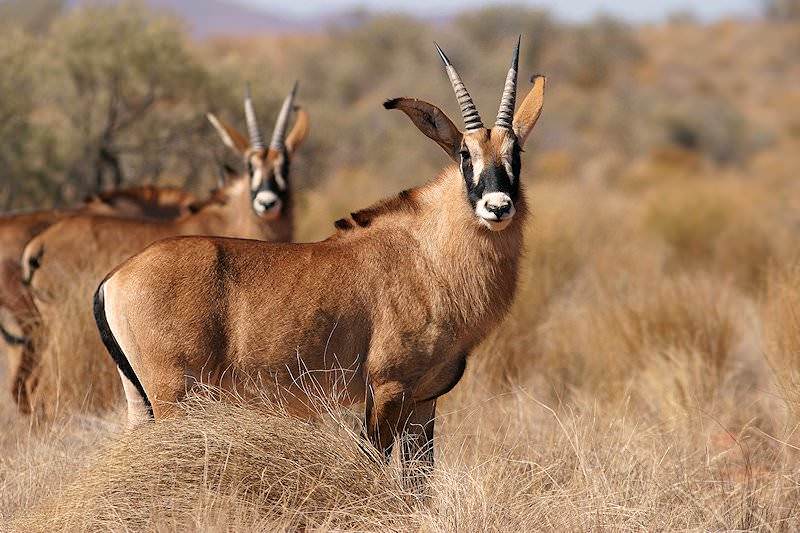 In early 2019 Back to Africa director Hamish Currie was asked by Kenya Wild Life Services (KWS) to give an independent assessment of the situation. Meetings were held on site at Ruma National Park with the park warden and other KWS personnel and site inspections were conducted that involved interviews with filed rangers The team compiled an action plan which includes enclosing the population for control and surveillance. It also involves finding a solution to the genetic bottleneck that has occurred in the population. To this end efforts are being made to source outside langheldi genes to refresh the population.

Back to Africa will assist KWS in finding outside partners to facilitate the restoration process. Sourcing wild roan from neighbouring countries is problematic so a plan is afoot to import East African roan  from European zoos and to start a breeding project in Kenya that will create a seedbed for genetic refreshment of the existing population. This will be a long-term adaptive project with only subsequent generations being suitable for conservation translocations. Although the Kenyan roan appear to be of the Hippotragus equinus equinus evolutionarily Significant Unit (ESU), every effort will be made to source zoo animals from East Africa.

HOW CAN WE ASSIST YOU?

To make an appointment, call us on +27 21 794 1522. Emergencies never need an appointment. We will respond to emails by the following working day. Veterinary Emergency After Hours support is available until 9:30pm on most evenings on +27 82 781 8810. Alternatively, contact the Cape Animal Medical Centre, which operates 24 hours a day